Core systems are pretty much your weaponry you equip on your ship. Currently, there are five different Cores you can equip in the blue slots on your ship. 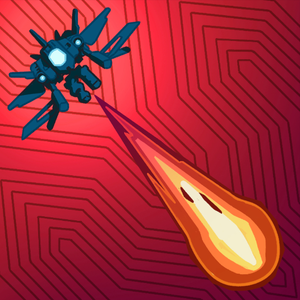 The Basic Blaster is the weapon you start off with, once you begin your journey. There is nothing special about it. It fires a single projectile at a moderate speed and medium distance.

"Your basic armament. Humanity thought it was good enough that they equipped every SH-15 with one. We include it here as a control." - As it is described In Game 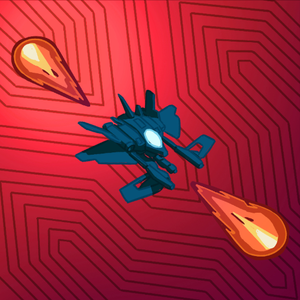 The Lance Blaster is a Core that can be equipped onto your ship for 100 Mass at any Xenotaph that currently has it in stock. It fires two projectiles, one that moves into the direction the pilot is aiming at and one in the exact opposite direction.

"Initial testing reveals a dichotomy. Most Pilots think this is a downgrade. Oh-ho, but the evidence shows otherwise! Are you going to fly in the face of cold, hard fact?" - As it is described In Game 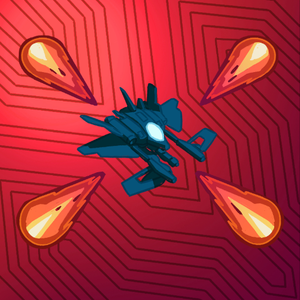 The Cross Blaster can be described as an advanced version of the Lance Blaster and can be equipped onto your ship for 50 Void. While the previously mentioned core only shoots bullets into two directions, the Cross Blaster shoots projectiles into four directions! Front, back, left and right! Now that's an improvement, right?

"Four directions are better than One Direction. Not that I've ever heard of One Direction. Honestly. Anyway, this is the Best System Ever, in my humble opinion." - As it is described In Game 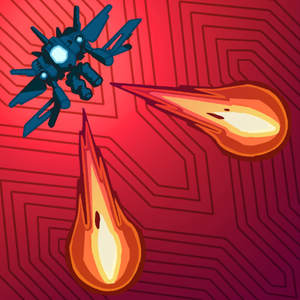 The V Blaster is a slightly improved version of the Basic Blaster and can be equipped for 50 Void and 50 Mass onto your ship. As one can tell by the name, it shoots two projectiles at the same time in a V-Form wherever the pilot is aiming at currently.

"Splitting the Blaster into two directions should mean you have to aim less, but for unknown reasons, most humans seem to need to aim "more" as a result. We are watching." - As it is described In Game 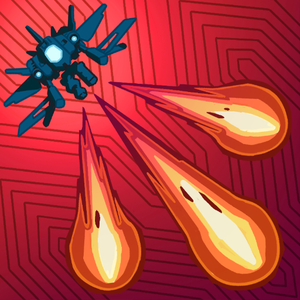 The Trident Blaster is an even more improved version of the Basic Blaster or just an improved version of the V Blaster. Instead of two projectiles compared to the V Blaster, you fire three projectiles at the same time wherever you aim at! That's an improvement by a factor of 1.5 or 3, if going with the Basic Blaster! Equipping it comes with a price of 50 Energy and 50 Void.

"By diverting the projectiles into multiple directions, we have improved the basic Blaster. You humans believe three to be a magic number - we eagerly await proof. Investigations into Magic are ongoing." - As it is described In Game