The Ourobeans are a long-dead race of aliens. An ancient race whose origin is hidden from us, they're a strange mix of technology and what some of the more superstitious call magic. What this really means is that we do not fully understand their technology. What we do know is their primary material is a breed of nanomachine, but our knowledge gets fuzzy when we look into their energy sources... which appear to interact with time, space and dimensions beyond (or alongside) our own.

The Ourobeans themselves seem to act like a swarm intelligence, but contrary to this (a lot about the 'beans is seemingly contradictory) their society is definitely made up of distinct individuals. with personalities, skills, interests and traits. We know for sure that as a race they live outside of time, and perceive reality in a non-linear way, which is different to every other known race in the universe.

Ourobeans are scientists first, and only seem to care about the survival of the Universe, as opposed to their own race or any other for that matter. They've been locked in a battle with the Apophis for aeons, and when Humans first made (unwitting) contact with the Ourobeans, this conflict was reignited. Their actions around the time of the first triggering of the Apophis super-weapon are understood to be the cause of the Lazarus effect - in fact, they are able to manipulate time, if only in a limited fashion - and we think this is what allows them to trigger it.

Humanity first encountered them via a piece of tech buried in the Ourobean Comet - named after the snake that eats its own tail, an ancient human symbol that reflects the looping nature of time and infinity. We thought the race dead, but we were wrong - they were simply dormant. Once their tech had been successfully harnessed and integrated into Human systems, they woke from their dormancy, and thus the Ourobeans as we know them became a part of our story. 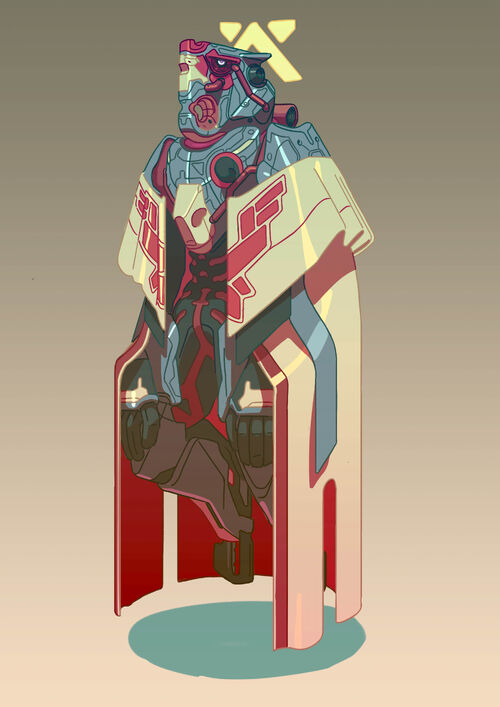 An Ourobean. Humans gave them the nickname 'Beans'.

But it doesn't stop there. Perhaps because of the (some would argue maverick) ways in which we incorporated their technology into ours, including by isolating some of their core components - the resultant machines and systems developed distinct personalities. Separate from the AIs that we had deployed until that point, and distinct from the Ourobeans themselves. The result is that each craft or machine with a piece of Ourobean tech inside should be considered a unique ‘person’. This strange state of affairs is not fully understood, but is more prominent amongst AIs in the Human fleet, and these AI have been termed Golems by the Pilots and Technicians who most frequently use them - they’re incredibly useful in combat, and crucially enhance a human pilot’s skills & chances of survival against the Apophis. 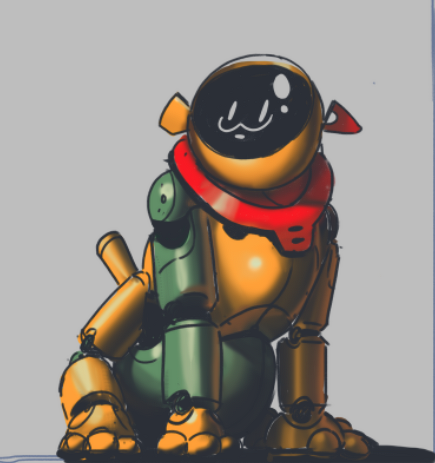