The Scheherazade 15 (or SH-15 for short) was the first combat craft deployed in the war with the Apophis that actually stood up to their tech. There was a significant snag however because the myriad systems introduced by the melded Ourobean tech were so advanced and downright responsive that very few humans could make the most of them. Hence the development and deployment of Golems. 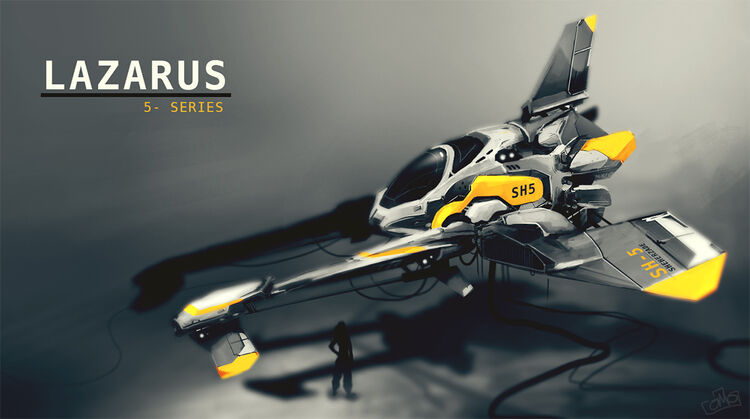 One of the earlier Series 5 Scheherazade fighters. This model was a key step on the road to the current SH15 and its sister craft.

Since the first battle, our scientists and engineers have been cranking out new and interesting variants of the base model, with different hulls, wings, weapons… even combining existing ones in seemingly random ways. The Ourobean tech allows them to get away with things that normally wouldn’t work, and as the war (and resets) kept going, individual pilots began to favour one variant over another, giving them nicknames and customising them in all kinds of ways.